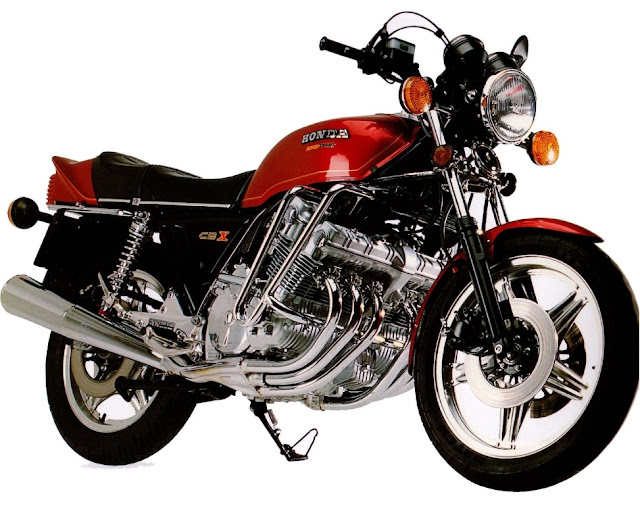 The Honda CBX1000Z was a child of its times. In the Seventies, performance was everything. Japanese superbike performance, that is. At the time, the \’Big Four\’ – Honda, Suzuki, Kawasaki and Yamaha – were more concerned about how a bike went than how it looked. The \’CBX\’ could have been cited as a case in point. Its inline-six motor was prioritised over other areas of the bike. Its 24-valve DOHC air-cooled inline-six motor, to be precise. It had been designed by a one-time GP engineer. Most famously, Mike Hailwood\’s Honda RC166 racer had displayed the virtues of a 6-cylinder layout.

Given the girth of its 6-pot block, the CBX handled well. Its manoeuvrability was still more impressive when its cycle parts were factored in. By today\’s standards, the tubular steel frame, telescopic forks, narrow wheels and high-profile tyres were spindly. And dwarfed by the mass of the motor. Straight handlebars – and twin rear shocks – were similarly conventional. In fact, the width of the engine was deceptive. Just 2″ wider than the CB750. That was due to its unusual layout. The alternator and ignition parts were located behind the block. Well out of the way, should the bike ever find itself sliding down the road!

Flat out, the CBX did 140mph. Striking though that was, it was as nothing next to the noise the bike made reaching it. The high-pitched howl of a CBX at full chat is something that once heard, is never forgotten. Especially with a slightly less than legal pipe fitted. At which point, it sounds as much like a jet plane as it does a motorcycle! Sadly, the CBX did not sell well. In time, its design would be diluted down into less extreme machines. But, motorcycling would be the poorer without bikes like the CBX. Look on them as a challenge. Get a corner just right – and there are few feelings like it. The Honda CBX1000Z was flawed, for sure … but fantastic fun!