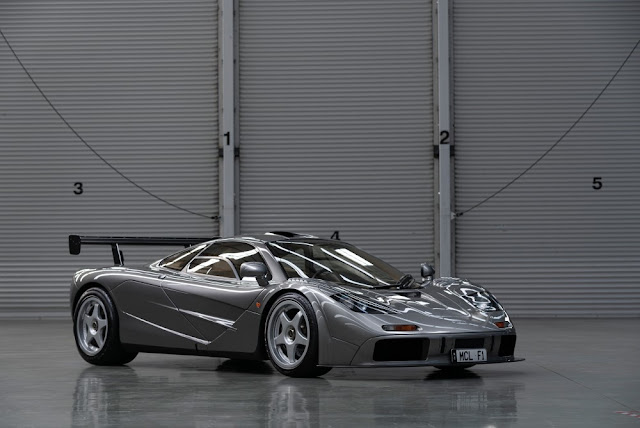 When people say a car looks like $1,000,000, they are speaking figuratively. State of the art GP cars excepted. They certainly would not be referencing a roadster. Not unless it was the McLaren F1, that is. The first F1 off the production line had its last nut nipped up on Christmas Eve, \’93. A late addition to an oversize stocking, perhaps? It had taken 6,000 man-hours to build. If you did not get the first one, no worries … a further 99 followed. You would, however, need $1,070,000 in your oversize wallet … or £635,000, if you were that side of the oversize pond. Check your app for euros. If the F1 was not cool enough, there was always the limited-edition F1 LM to fall back on. It was resplendent in the orange colours of legendary racing driver Bruce McLaren. He had been founder of the race car constructor which bore his name. McLaren, the brand, bent over backwards to woo buyers. Customisation options were legion. A standard F1, though, suited most owners. BMW Motorsport were recruited to design the F1\’s V12 engine. They did a good job. The F1 produced 627bhp. That translated to a top speed of 231mph. Make that a very good job! You could still do the shopping in it, though, if you were inclined. Higher-grade throttle control skills an advantage! The motor was finished in gold … not just the colour, but the material itself. The better to shed heat, you see! If you still had engine trouble – or an issue of some sort – McLaren flew out a mechanic. All part of the million-dollar service!

The F1 was the brainchild of Gordon Murray. He had been lead designer for the Brabham Formula One team. After that, he moved to McLaren. Suffice to say, he was well-placed to oversee a car\’s technical needs. The task of styling the most exotic car ever fell to Lotus\’ Peter Stevens. Murray\’s project planning focused on a few key needs. He proposed that the three seats form an \’arrowhead\’ – the driver sat centrally at its tip. A core concern, too, was that weight be kept down. Make that to the absolute minimum! Every part played its rôle in lightening the load. It was finally reduced to 2,205lb – staggering, even by supercar standards. In August \’93, the F1 was ready for testing. Piloting it was ex-Formula One driver Jonathan Palmer. Location was the Nardo test track, Italy. The performance stats Palmer wrung out of the F1 were off the dial. Only Murray could even have dreamed of them!

The F1 GTR won virtually every race it contested – including the \’95 Le Mans 24 Hours. Whether on road or track, then, the F1 pushed the envelope to limits not previously reached. The reason the McLaren F1 looked like $1m is that is how much it cost to develop. Well, something like that, anyway! Engine by BMW Motorsport, styling by Peter Stevens, genius by Gordon Murray!