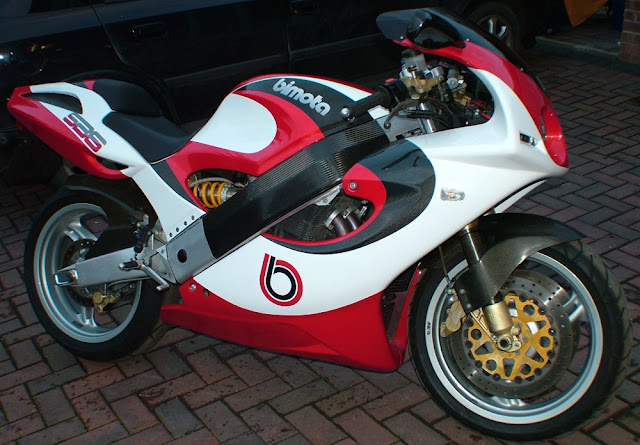 Without question, the Bimota SB6 was made from the right stuff. For decades, Italian motorbike manufacturers have provided us with unfathomably good-looking products. In an ever-growing array of shapes and sizes, their common denominator has always been style. Many such machines have passed through a certain set of factory gates. They belong to Bimota – based in Rimini.

Over the years, Bimota has \’borrowed\’ several proprietary powerplants. Suzuki, Kawasaki, Yamaha and Honda have all bequeathed engines to the Bimota brand. Even rivals Ducati have played ball with Bimota. The high-flying design firm mated the motors with their unique take on bodywork. In turn, specialist cycle parts, too, were sourced. Of course, it did their partners no harm at all to be linked with Bimota\’s cool creativity. In the case of the SB6, it was Suzuki\’s GSX-R1100 engine which piled on the coals. Right the way up to 175mph!

The three men who founded the firm were Bianchi, Morri and Tamburini – voilà, \’BiMoTa\’. It was right that they were recognised. Since \’73, Bimota have been pushing motorcycling\’s envelope. In terms of performance, development and design, they have set two-wheeled trends with the best of them. The Bimota SB6 was proof positive of that!