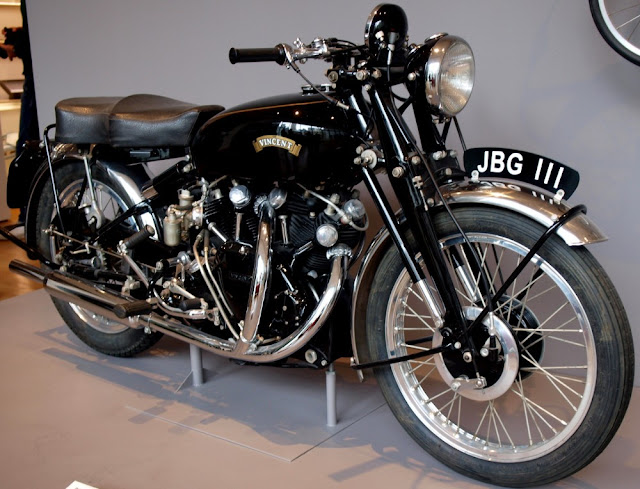 In \’49, the Vincent Rapide was a superbike. At the time, a top speed of 110mph was seriously quick. Handling-wise, it was impressive, too. Philip Vincent designed its cantilever rear suspension set-up while still at school. He just had not got round to founding the company at that point! And at the front end, too, the Rapide was suspended by state of the art hydraulic forks.

Naturally, such advanced engineering sought competitive expression. Land speed record attempts followed. In line with tradition, Bonneville Salt Flats – in Utah, USA – played host to them. Rollie Free topped out at fractionally over 150mph, on a suitably tuned Rapide. His protective clothing consisted of just shoes and swimming trunks – the better to save weight. Now, that is commitment!

The Rapide was a good-looking motorcycle. Vincent\’s scrolled emblem embellished a shapely tank – which itself sat atop a metal masterpiece of an engine. Pleasing lines popped up everywhere. Among them were latticed spokes, curved exhausts – and the deft diagonals of the shocks. The Vincent Rapide, then, was visually stunning – and had performance to match!