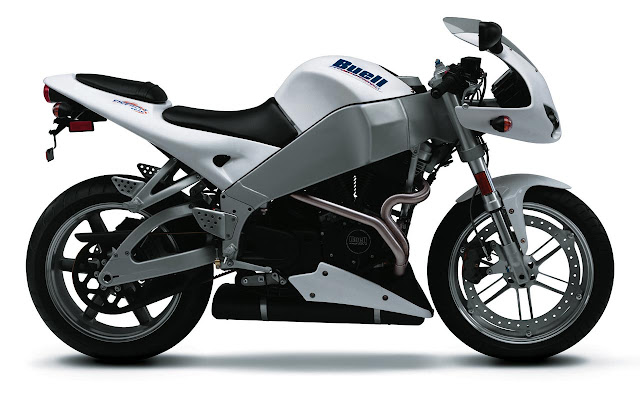 When it came to the Firebolt XB9R, Buell had broad shoulders to stand on. Harley-Davidson is a hugely successful brand. It is therefore well-placed to lend a helping hand to those lower down the pecking order, should it care to do so. To the likes of, say, Buell – who were given permission to transplant Harley\’s iconic V-twin into their own creations. Not that Harley was losing out. Erik Buell – founder of his firm – was a kingpin of innovation. Harley no doubt hoped some of his boundless ingenuity would rub off on their own marque. In marketing terms, at least!

Erik Buell was a Harley man through and through. He had been both an engineer and racer for them. He was uniquely positioned, then, to conceive and construct the RR1000 – a Harley-powered race bike. As is so often the case, success at the racetrack led to a road-going sequel. The Buell RS1200 featured a vibe-reducing rubber-mounting set-up. It was also fitted with a radical rear shock. Horizontally slung beneath the engine, it was both technically, and visually, arresting. It was in \’93 that the \’big time\’ beckoned for Buell. Harley took out a 49% shareholding in the company. That was later increased. With Harley-Davidson at the helm, Buell was set fair. Exciting products were sure to follow. Erik Buell\’s singular vision of how a motorcycle could be built – rather than how it should be built – was always a key factor.

The Firebolt, then, was in a roster of radical bikes built by Buell. It was released in \’02. Its most conventional component was its motor. That was a tuned 984cc Sportster powerplant. After that, Buell departed from the Harley script. The Firebolt\’s frame spars, for instance, were also its \’fuel tank\’. Likewise, its swing-arm held the oil. Those chassis parts were forged from light aluminium. Bizarre as they sound, such \’double acts\’ harked back to motorcycling\’s classic era. What was indisputably \’new skool\’ was the Firebolt\’s front brake disc. Comprised of an ornately-fashioned \’ring\’, it was fixed to the wheel\’s rim, rather than its hub. On the subject of braking, top speed for the Firebolt was 130mph. Handling was impeccable – courtesy of the chassis wizardry. Cue plaudits, then, for Erik Buell – clearly, a man at one with his craft. The Firebolt XB9R came right out of the biking blue … and shot a surge of creativity into the world of motorcycle design!