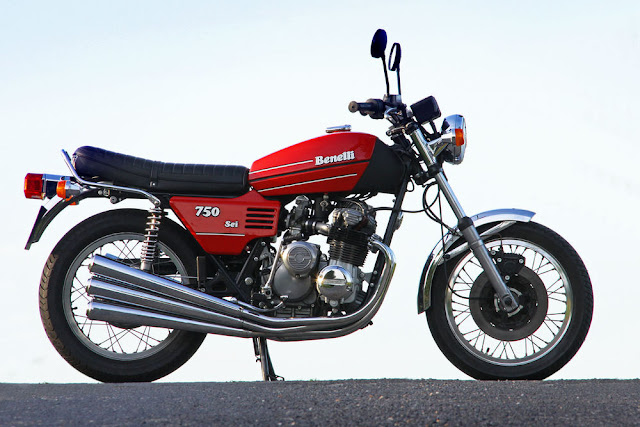 It is a truism that the Italians are past masters of design. In engineering terms, too, they have often been ahead of the game. How far the latter held true for the Benelli Sei, though, is a moot point. For sure, the Sei was visually impressive. Six-cylinder bikes usually are. The jury was out, though, in the court of motorcycle performance stats.

Certainly, the Sei\’s engine looked superb. For non-Europeans, by the way, sei is Italian for six. As did its twin sets of triple-stacked exhaust pipes. When it came to horsepower, however, it was another story. Even by \’75 standards, the Sei\’s top speed of 118mph was hardly earth-moving. Not for a six-cylinder sports bike, anyway. In the market-led surge of Seventies superbikes, Benelli\’s rivals all supplied quicker machines. And Ducati, Laverda and Moto Guzzi needed half as many pots. Or less!

It was not like Benelli did not know how to make bikes go fast. After all, they had been GP 250cc world champions, in 1950. And then again, in \’69. But – at least in the case of the Sei – race success did not trickle down to the roadster. Saying that, the sleek contours of the Sei\’s \’six-pack\’ bodywork certainly helped. So far as buyers were concerned, they went a long way toward offsetting what the Benelli Sei lacked in the \’go\’ department!