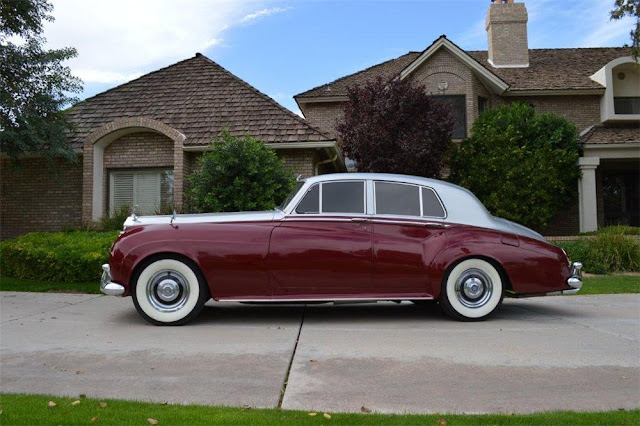 The most elegant car ever built? Several possible answers … most of them made by the same company! No prizes for that one, then – Rolls-Royce. So the question resolves to, \’What\’s the most elegant Rolls-Royce of all time?\’ A clear contender for that crown has to be the Silver Cloud. Launched in \’55, it as good as epitomised the marque.

No offence at all to Crewe, England – but it is not always thought of as a source of suave sophistication. The products, though, which rolled out of one of its factory\’s gates were possessed of pedigree, without parallel. Back in the day, no other car had the cachet of a Rolls-Royce.

There are few drawbacks associated with ownership of a Rolls-Royce. For \’high rollers\’ of a nervous disposition, however, not knowing if the motor is running could obviously be a source of stress. The \’culprits\’, in that regard, were the Rolls-Royce engineers. So meticulous were they, that by the time they reluctantly signed their charges off, the cars were virtually silent! Rolls-Royce and Silver Cloud, then, were by-words for automotive excellence. To say, \’They don\’t make \’em like that anymore\’, would be almost sinful understatement!