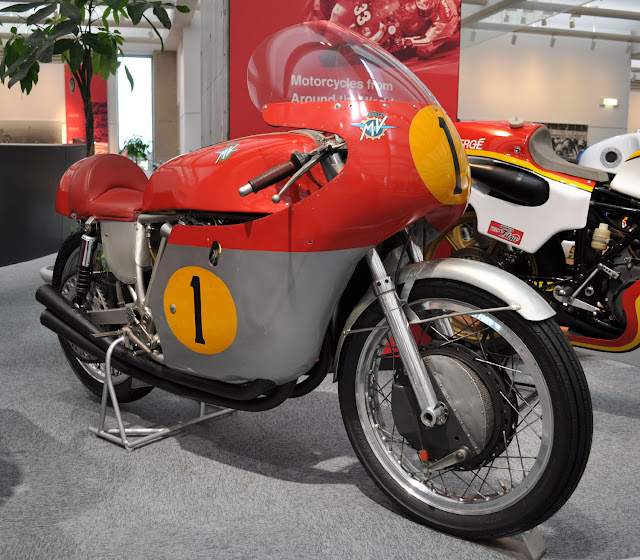 Atop a monument to motorcycle racing might well sit MV Agusta – and their 500 Four. MV is a mythical marque in the annals of the sport. Between \’58 and \’74, for example, MV won no less than seventeen 500cc world championships. On the spin!

Over the years, MV Agusta\’s rider roster featured some of the most famous names in bike racing. Among them, Agostini, Surtees, Hailwood, Read. It all began at the back end of the Second World War. Count Domenico Agusta founded Meccanica Verghera – Verghera being the Italian village in which his new firm was based. MV would go on to become the ultimate in red-blooded racing style.

Another great marque, though, was key to MV\’s success. Their chief engineer/manager Arturo Magni had previously been at Gilera. What he learned there was key to him later creating a twin-cam 500cc four-cylinder motor. That engine would be the bedrock upon which MV was built. The bike racing world will always be in awe of MV Agusta. They excelled so much – and for so long – in such a hostile environment. The 500 Four – both bike and engine – was an integral part of the MV legend!