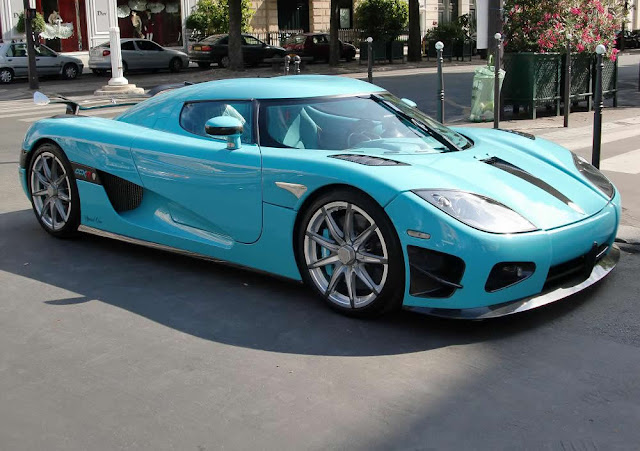 Christian von Koenigsegg was a Swedish tycoon. He was also a man on a mission. In \’94, he decided he would build the fastest road-going four-wheeler. The result would be the Koenigsegg CC set of supercars. F1-derived technology would help. It was factored in. In 2000 – six years after von Koenigsegg conceived the project – the carbon-fibre-skinned fruit of his labours appeared. The prototype – unveiled at the Geneva Motor Show – was the Koenigsegg CC8S. The production version went on sale in \’02. In \’04, it was followed by the CCR. That car clocked in at 241.63mph – at the Nardo test track, in Italy. Which made it the quickest roadster on planet Earth. Von Koenigsegg had delivered. His small-scale Swedish firm had cocked a snook at the world\’s biggest players. Like the mighty McLaren, for example.

If the CCR was the stuff of boyhood fantasies, the CCX introduced some real-world charm. While way out of reach of the average buyer, it sought to address everyday issues. Air pollution, for one. US safety and emissions regulations are stringent. Von Koenigsegg\’s cars, though, met them head-on. Their engines, for instance, were squeaky-clean. Koenigsegg HQ is in Ängelholm, Sweden. An environmentally-friendly V8 was developed. Specialised heat treatment reduced the amounts of aluminium used. Two centrifugal superchargers were fitted. The result was a staggering 806bhp – from just 6,900rpm. The engine\’s dry-sump lubrication let the centre of mass be lowered. That helped the CCX handle. The gearbox was 6-speed. There was a custom selection of gear ratios on offer – to suit owners\’ personal driving styles.

Bodywork-wise, too, the CCX was well-crafted. Carbon-fibre and Kevlar came as standard. Aerodynamics were key. The car\’s underside was flat – save for venturis cut into the back. An optional rear spoiler added downforce. Yet – for such a state-of-the-art supercar – the CCX was compliant. Its doors were dihedral synchro-helix. They rotated forwards and up! When the sun came out, the targa top could be detached – and stowed beneath the bonnet. That was not, perhaps, the best time to test the top speed. 259mph was on tap. 0-60 arrived in 3.2s. The Koenigsegg CC range, then, fused supercar performance with practicality. Swedish supercar performance, that is!