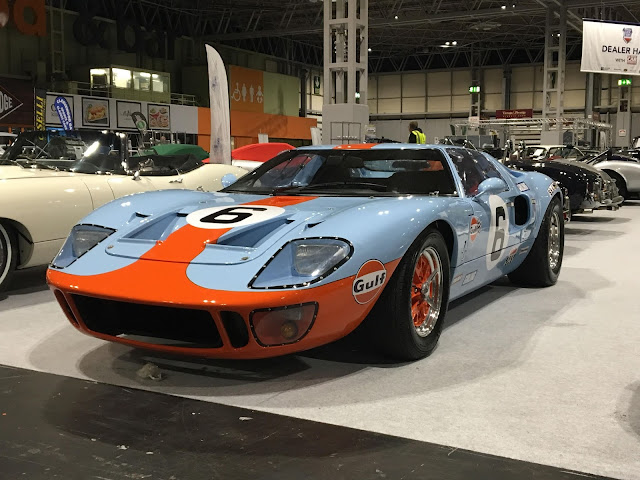 The Ford GT40 could have been a Ferrari! In the mid-\’60s, Ford were in the throes of a Ferrari takeover. With the deal all but closed, though, their offer was snubbed. That displeased Henry Ford II – to say the least. Hackles suitably raised, he determined to come out fighting … and hit Ferrari where it hurt. At the racetrack! The GT40 would be his weapon of choice. Fortunately, Ford were in a position to recruit race car constructor Lola to their cause. The British firm had just put the finishing touches to their Mk6 GT car. It had been fitted with a Ford V8 engine. Plainly, the prototype was packed with potential. Perfect timing! Ford leapt at the chance to bring Lola on board … and duly acquired the rights to the Mk6. Eric Broadley – Lola\’s founder – would oversee the project.

Not that Ford would be taking a back seat. They would be styling the new car, for starters. Trouble was – for all their commercial success – Ford were not race engineers. The shape they came up with was aerodynamic – but not as much as it could have been. Lola could have made it still more slippery. That was their stock-in-trade, after all. Plus, Ford\’s plans for the GT40 included roadsters. Which would, of course, need to be factory-built. Thinking ahead – in terms of parts – Ford gave the go-ahead for a steel monocoque chassis for the GT40. It went without saying that it was relatively cheap. The specialised light aluminium tub Broadley had designed was surplus to requirements. So now, not only was the GT40 less aerodynamic than it might have been – it was heavier, too. Ford wanted to have their cake and eat it, too. They wanted a race car to beat Ferrari – while, at the same time, cutting production costs!

The proof of the pudding would come at Le Mans – in the form of the \’65 24-Hour race. Sadly – to Ford\’s palate, at least – the pudding did not taste good. Ferrari won! The following year, though – after some winter-time fettling – the GT40 came on song. Indeed, it would win at La Sarthe the next four times out. The \’66 and \’67 campaigns were under Ford\’s own aegis. A privateer team took charge in \’68 and \’69. In the course of that string of victories, the GT40 did more than just win. It was the first car to notch up 3,000 miles in 24 hours – with New Zealanders Bruce McLaren and Chris Amon doing the driving. And after that – with Jacky Ickx at the wheel – the GT40 beat a Hans Herrmann-piloted Porsche to the flag, by a mere 100m. After a full day\’s high-octane racing, that was a pretty tight margin. To put it in context, the GT40 topped out at more than 200mph. As a sports car, then, it was anything but lacklustre. Its 4,727cc V8 engine made 485bhp. And no car wins four times on the bounce at Le Mans, without having something special going for it. The Ford GT40 was a fantastic racing car. It was just that – had Eric Broadley and his Lola colleagues been given free rein – it could have been even better!