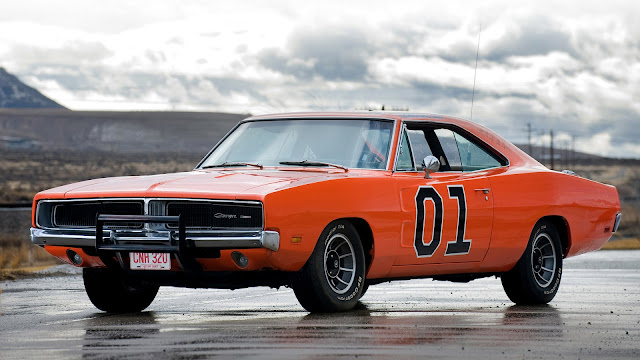 There have been few cars as iconic as the Dodge Charger! Since Steve McQueen found himself followed by one – in the movie Bullitt – it has been the stuff of legend. The Ford Mustang and Dodge Charger squared up to each other in the showrooms, too. Between the pair of them – in their battle for muscle car pre-eminence – they put Detroit on the world map. Before that, some Stateside cars were getting just a tad gaudy. There is a limit to how much chrome – and how many fins – a car can take, before it starts to become borderline kitsch. Cars like the Charger stripped things back to basics. Simple lines defined a new, no-nonsense approach to styling. The Charger was built to, well, charge – and not much more. Its only concession to design décor was the buttressed rear window.

There could be only one engine for this masterclass in American machismo. A V8 was a shoo-in for the Charger\’s powerplant. All that \’grunt\’, though – piledriving rear wheels into the tarmac – meant handling could be hairy. That was best illustrated by the R/T – Road and Track – model. Released in \’68, it was the most uncompromising version of the Charger. Delivering 375bhp – and 150mph – the R/T was a heady brew of torque and speed. 0-60 arrived in 6s. This time round, rock-solid suspension – and anti-roll bars – enabled the R/T to handle as well as it went. It came with a 4-speed Hurst \’box. Powerful front disc brakes were optional. Well, according to the spec list, anyway!

The Charger would be one of the last of the muscle car breed. It was produced until \’78. After that, the automotive industry took a more leisurely, safety-oriented tack. Never again would the roads of America echo with such ear-splitting gear-driven crescendos. Of course – in Bullitt – the Dodge Charger was driven by the bad guys. Certainly, it is among the most dramatic cars ever to have turned a wheel. And anyway … we all secretly love a good baddie, don\’t we?