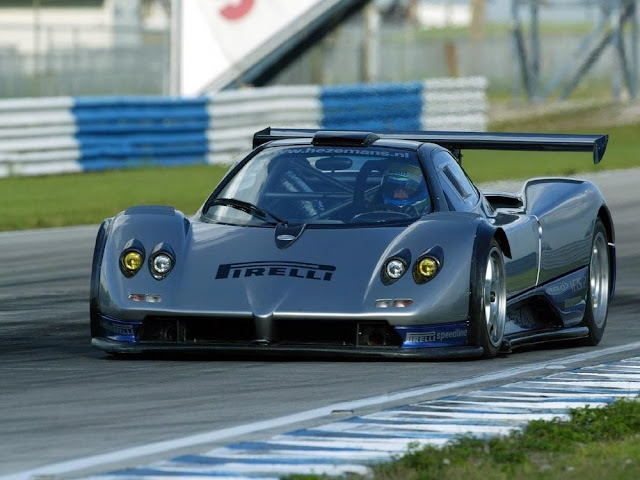 As a boy, Horacio Pagani made supercars out of wood and clay. In adulthood, his designs would be fashioned from the most exotic of materials. They included carbon-titanium and carbon-fibre. An early spell at Lamborghini did his career no harm at all. Pagani worked for them as a junior mechanic. While there, he helped develop the Countach Evoluzione – the first car to be built around a carbon-fibre chassis.

In \’88, Pagani set up his own company. But the ties with Lamborghini were still strong. Pagani\’s new firm did some development work for them – on composites for the Diablo and Countach Anniversary models. Increasingly, though, Pagani\’s thoughts turned to a product of his own. In \’94, he and his team began work on a proprietary supercar. They duly sourced a V12 engine – from Mercedes-Benz. It was not until \’99, however, that the prototype was unveiled – at the Geneva Motor Show. Pagani had intended it be called the Fangio F1 – after one of the finest GP drivers ever to hold a wheel. Sadly, though – by the time it was finished – Fangio had died. Pagani then opted to call it the Zonda – after a wind which blows through the Andes mountains.

The Zonda C12 was suitably cutting edge. Mercedes\’ V12 motor was placed behind the cockpit – driving the rear wheels. After being tuned by AMG, it delivered 542bhp. Top speed was 220mph. 0-60 arrived in 3.7s. Key to those speed stats was the carbon-fibre bodywork. Ultra-aerodynamic lines likewise played a part. C12s retailed at $320,000. Pagani turned out just ten or so a year. There have been several additions to the Zonda range since. Each has refined and improved upon the original. The boyhood toys Pagani made have long since turned to tinder and dust. His more mature creations, however, are still dazzling onlookers the world over!