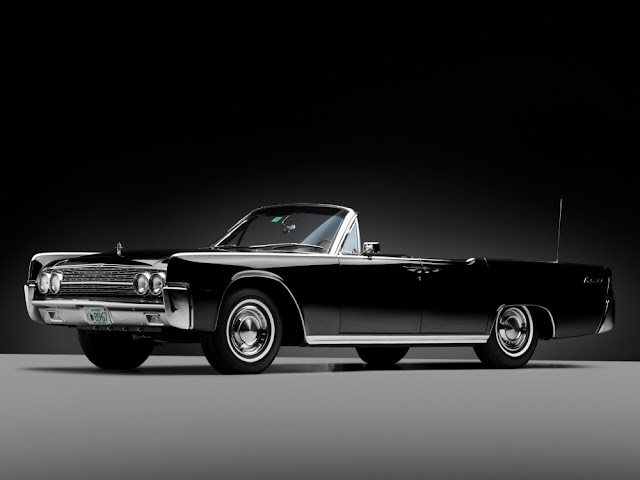 It is not often that a car plays its part in history. Sadly, though, that was the case for the Lincoln Continental. For, it was while riding in the stretched Presidential version – through Dallas, Texas, in \’63 – that John F Kennedy was fatally shot. The Continental was tailor-made for affairs of state. The MkII Continental – released in \’56 – came with virtually every \’mod con\’ going. Naturally, it was graced with a price tag to match. What distinguished it was its pristine lines and sober styling. Chrome and fins were in evidence. But nothing like so much as on most other highway exotica, of the time. The Continental packed serious gravitas. In short, it had class!

\’61 ushered in the most iconic Continental of all. That was the legendary \’clap-door\’ model. It acquired the tag on account of its rear-hinged back door. To say the least, it needed to be opened with care. Backwards-looking visibility was not its strong suit. Beware passing motorcycles! The second the new Lincoln was launched, celebrities\’ minders strong-armed their way to the showrooms. Before long, everyone who was anyone had gone Continental. The new car had the lot! Shapely elegance, lashings of luxury – and, courtesy of Ford – a rorty V8. The Continental\’s top speed was 125mph. Its 3-speed automatic gearbox made it a breeze to drive – especially if you were in the \’power-top\’ convertible version. The Continental saloon ate straightaways for breakfast. Corners – it has to be said – were slightly less to its taste. 7.0- and 7.5-litre engines were fitted. Maximum output was 365bhp. So – performance-wise – the Continental was no slouch. And that was with 5,215lb of body mass to move.

The Continental was a crowd-puller from the get-go. With its bulbous nose – and \’egg-crate\’ grille – it was a magnet for passers-by. Subsequent models, though, were less charismatic. The MkIII Continental, for example, had all of the size – but less of the charm – of its spotlessly-styled predecessor. So meticulously built was the original that Lincoln lost money on it. Into the \’60s – and the Continental continued to pick up plaudits. It comprised, after all, the best of both worlds – American scale and European refinement. Brawn mixed with chic, so to speak. All in all, the Lincoln Continental was one of a kind. A fitting backcloth, then, for that doom-laden day in Dallas – when the whole of the world held its breath!