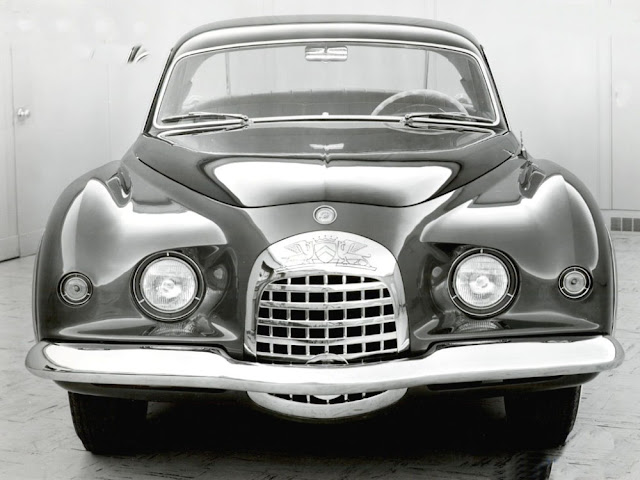 The K-310 was a Chrysler/Ghia collaboration. It was facilitated by Fiat. The firm had approached Chrysler – with a view to the American giant helping streamline its manufacturing process. Chrysler immediately spotted a symbiotic relationship. They could benefit from Italian craftsmanship. Subsequently, Ghia and Pininfarina – two of the great automotive design houses – built and submitted bodywork to Chrysler. Ghia got the gig. Their brief had been the Plymouth XX-500 saloon. Whilst slightly underwhelmed by the mock-up\’s looks, Chrysler were in awe of Ghia\’s coachbuilding skills. They liked the price, too!

Over to Virgil Exner – Chrysler chief designer. He was tasked with penning a prototype. Exner came up with the K-310. Drafts and scale models of the new car were dispatched to Turin – home to Ghia HQ. In due course, Chrysler were sent back a fully-fledged roadster. The invoice was just $20,000. Kaufman Keller was pleased. He was Chrysler\’s president – and the man who put the \’K\’ in K-310. Ghia had brought to glittering life, Exner\’s sculpted lines and low profile design. The car was laden with exotic features. Most notably, the enlarged wheels were highlighted by whitewall tyres – and generously-sized arches. The front-end was adorned by a diminutive \’egg-crate\’ grille. At the back, the shape of the spare wheel embellished a moulded boot lid.

Innovative as the K-310 was visually, in one respect, at least, Chrysler\’s song remained the same. To wit, the booming baritone from the car\’s V8 engine. Indeed, it could be heard all around Auburn Hills, Michigan – Chrysler\’s home town. With \’51\’s K-310 concept car, Virgil Exner went out on a limb, aesthetically. And thanks to Ghia, Chrysler was now competing on every front – including craftsmanship!