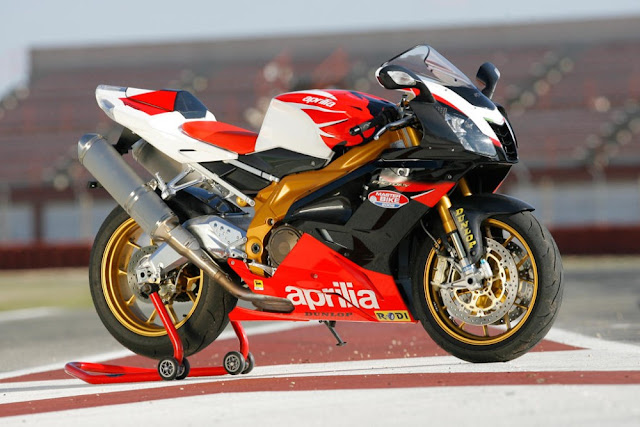 The designers of the Aprilia RSV Mille could never be accused of muddied intent. A lap-timer – fitted to a road bike – told you all you needed to know. Of course, it went without saying that the data would only ever have been examined at track-days! That said, commuting could never have felt more like competing.

The rest of the Mille was pretty purposeful, too. Which is what you would expect from a machine derived from a World Superbike. Its sibling – the Aprilia RS250 – was similarly sourced from the bike that took the 250cc GP title. The Mille\’s lap-timer was starting to make sense!

Certainly, the Mille\’s chassis was impeccably race-bred. It was held together by a twin-spar aluminium frame. The engine – a fuel-injected 60° V-twin – produced 128bhp. Aerodynamically, the RSV was about as slippery as it gets. The result was a top speed of 165mph. Not surprisingly, the bike was a great commercial success. All in all, then, the Aprilia RSV Mille had cemented its place in the top stratum of Italian sports bikes.