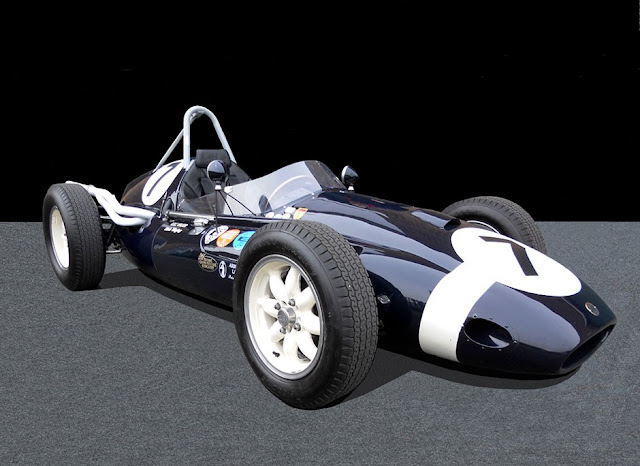 The Cooper T51 is one of the most radical racing cars ever built. John Cooper – and his small-scale team – took the prevailing motorsport wisdom of the time, and turned it on its head. In \’59, it was a given that a racing car\’s engine sat at the front. The Cooper équipe set about querying that status quo. In so doing, they would revolutionise race car design. The T51 would be rear-engined – with all of the technical turnarounds that entailed. They were well worth the effort, though. At the wheel of a T51, Jack Brabham took the \’59 F1 drivers\’ title.

It was the Cooper-Climax, though, that first sowed the rear-engined seeds. Last time around – in \’58 – it had won two GPs. Admittedly, they were towards the start of the season. Notwithstanding those wins, the Cooper-Climax was taken less than seriously. A case of beginner\’s luck, as it were. Its early success was attributed to its squat dimensions – rather than engine location. So, it was only quick at \’twisty\’ circuits, it was said. And, it was true that the Cooper was down on power, compared to its competitors. But, there was good reason for that – which the Cooper-Climax\’s detractors neglected to take into account. Its motor was from F2 – albeit, enlarged to 2.2 litres. The front-engined brigade had 2.5-litre powerplants, at their disposal. In F1, of course, small fractions can make a big difference!

At any rate, the T51 was fitted with the full 2.5-litre unit. Cooper\’s engine supplier – Coventry Climax – had increased its stroke, to make up the difference. The new Cooper kicked out 230bhp. That was still less than its rivals. Its compactness-based handling advantage, however, was enough to see them off. The rear-engined set-up had knock-on positives. With no prop-shaft now needed, the driver could sit lower – with all the streamlining pluses that brought. Weight-saving, too, was a beneficiary. It was more than just junking the prop-shaft. With engine and final drive directly linked, the transmission could be less robust. That meant less weight. Overall, the T51\’s mass was more centrally-aligned. That made it even more manoeuvrable than it already was. In turn, tyre wear, too, improved. And, that was just the car. When it came to the T51\’s driving roster – it was impressive, to say the least. As well as \’Black Jack\’ Brabham, Stirling Moss and Bruce McLaren were on hand. Both the Monaco and British GPs fell to the Cooper, that year. Indeed, it was en route to winning the World Championship – at the first time of asking. That spoke volumes, regarding the impact the T51 made. In effect, John Cooper\’s team – and its \’front-to-back\’ engine ideas – re-wrote the F1 tech spec. And, in ways which would never be reversed!