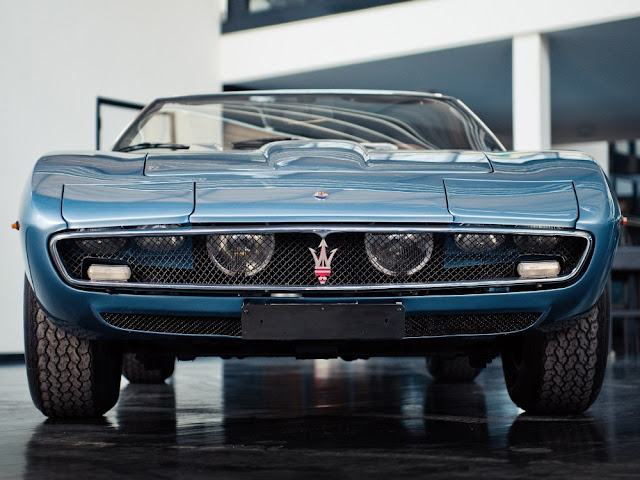 The Maserati Ghibli AM115 was styled by Giorgetto Giugiaro. At the time, he was on the Ghia payroll. The maestro considered the Ghibli among his finest designs. It is not hard to see why!

Flat out, the Ghibli delivered 165mph. Even at that speed, suspension and handling were solid. And not withstanding its steel bodywork – meaning the Ghibli was no lightweight. Equally impressive were its four potent disc brakes.

Highest-spec Ghibli was the V8-engined SS. As you would expect, its torque curve was out of the top drawer. And from way down low in the rev range, too. A ZF 5-speed \’box did its best to stay with it. Suffice to say, acceleration was not an issue! Capacity was 4,930cc. Power maxed at 335bhp. Just 1,149 Ghiblis were built. In \’67, the AM115 was a 2-seater supercar. Maserati were on a charge. Ferrari and Lamborghini – take note!