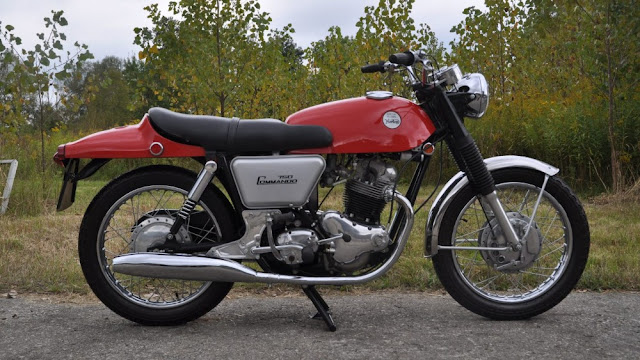 Unlike some of its \’Brit bike\’ brethren, the Norton Commando Fastback 750 was a smooth and comfortable ride. Well, by 1960s standards, anyway. That was due, in no small part, to Norton\’s proprietary engine-mounting set-up. Made up mostly of rubber, it was dubbed \’isolastic\’. The Commando\’s motor was a parallel twin – not a layout synonymous with seamless power delivery. The isolastic system, though, duly dialled out the worst excesses of the inherent engine vibrations.

Norton had long prided itself on its bikes\’ handling prowess. The Commando turned out to be no exception. In \’73, the bike was taken to the toughest road test of all – the Isle of Man TT race. Norton\’s road-holding claims were upheld. Peter Williams – the Commando\’s rider – took the Formula 750 trophy.

The road-going Fastback\’s performance was almost as impressive. Its 745cc motor put out 58bhp. And with the Commando weighing in at just 418lb, that meant a top speed of 117mph. With so much all-rounder status in its pocket, the Commando was bound to sell well. Sadly, though, not well enough to save Norton from its date with financial destiny. For its uncommon blend of style and substance, however, the Commando Fastback 750 will be forever revered by classic bike enthusiasts!