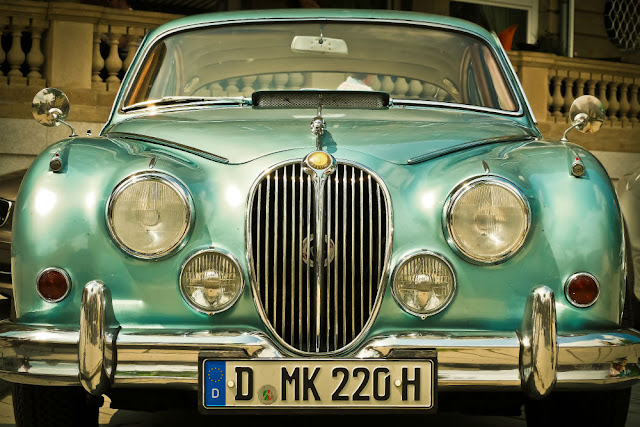 The Jaguar MKII was one of the great all-rounders. Pretty much anything you wanted from a car, it could do. So versatile was the \’MKII Jag\’ that both cops and robbers fell in love with it! That was understandable. The top-spec 3.8 version – with manual overdrive – was good for 125mph. And, with no speed limit on British roads at the time, you could make the most of that number – whichever side of the law you were on. Not that observing speed limits would have been top of the robbers\’ list of priorities, of course! For all that, the MKII Jag was also the ideal commuter car – for the business class. As refined as you like when it wanted to be, the MKII would transport its well-heeled occupants with ease. The MKII Jaguar, then, was all things to all men. It was also affordably-priced.

It was not long before the movie studios came calling. The MKII played a cameo rôle in Performance – alongside James Fox and Mick Jagger. And starred in Get Carter – in which it was hard on the tail of Michael Caine. On TV, Inspector Morse would not be seen in anything else. Such sashaying across screens did sales figures no harm at all. 83,980 MKIIs were built. At racetracks, too, the Jag played a leading part. In saloon car showdowns, it was highly competitive. Indeed, racing driver Graham Hill – as well as Lotus boss Colin Chapman – both owned MKIIs.

Certainly, the car was beautiful to behold. Designer William Lyons – or, Mr. Jaguar, as he was affectionately known – had seen to that. And that, really, was the reason for its popularity. Stock-broker or law-breaker – in a MKII, you looked like $1,000,000, either way! The car had Sir William\’s styling stamped all over it. Inside, the leather seats, wooden dash and door cappings all displayed Lyons\’ keen eye for design detail. As did the dial- and switch-encrusted facia. On the engineering front, the MKII used tried and tested Jaguar technology. Its straight-six 3.8-litre XK engine delivered 220bhp. For a while, that made the MKII the quickest saloon car around. Technically, it was released in \’59 – though it will always be synonymous with the \’60s. As was the Mini – that other Sixties automotive icon. Instantly recognisable, the MKII helped define its times. In other words, the Jaguar MKII was as cast-iron a classic as cars come!