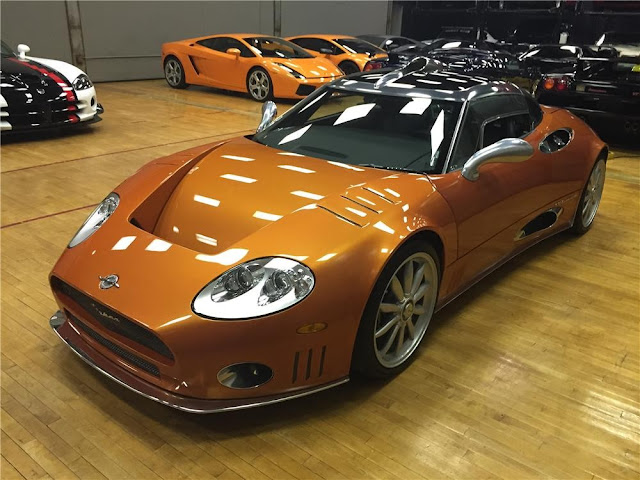 In the past, the Netherlands was associated with tulips and windmills. These days, it is as likely to be supercars – like the Spyker C8 Laviolette. Spyker\’s roots stretch back to 1880. In \’89, they built the Golden Carriage. It still transports the Dutch royal family, on state occasions. During World War 1, Spyker made fighter planes – including their engines. The firm also found time to build cars – for both road and track. Well, they did until \’26 – when Spyker went bankrupt.

Thankfully, though, that was not the end of the Spyker story. In \’99, Victor Muller – a Dutch business magnate – bought the Spyker brand-name. He duly set about resurrecting the marque. Supercars would be Spyker\’s new stock-in-trade. The Spyker Squadron team was formed. It specialised in endurance racing. Visits to Le Mans, Sebring et alia duly followed. In \’06, Spyker entered F1. It bought the Midland équipe – or Jordan, as it had previously been. Two years on, the team would be sold to Force India.

Spyker\’s C8 Laviolette debuted at the 2001 Amsterdam Motor Show. Its aluminium bodywork took visitors\’ breath away. Beneath, the space-frame was made from the same lightweight material. The dramatic upsweep of the \’scissors doors\’ was spectacularly state of the art. When open, they revealed quilted-leather seats. The Laviolette\’s 4.2-litre V8 produced 400bhp. Suspension was via F1-style Koni inboard shocks. Ventilated disc brakes were suitably solid. The Laviolette\’s top speed was 187mph. 0-60 came up in 4.5s. Of course, the price tag was sky-high. £210,000, to be precise. For that kind of wedge, you got to watch your car being built. That came courtesy of a Spyker factory web cam. Among the options was a Chronoswiss Spyker wrist-watch – complete with your car\’s chassis number engraved on it. That was a snip – at just £24,000. An add-on set of bespoke luggage cost a mere £12,350. There was even a Louis Vuitton tool-kit available – a bargain at just £2,500. In financial terms, then, the Spyker C8 Laviolette was not for the faint-hearted – or, indeed, cash-strapped. Most of us could not afford the extras, never mind the car itself!