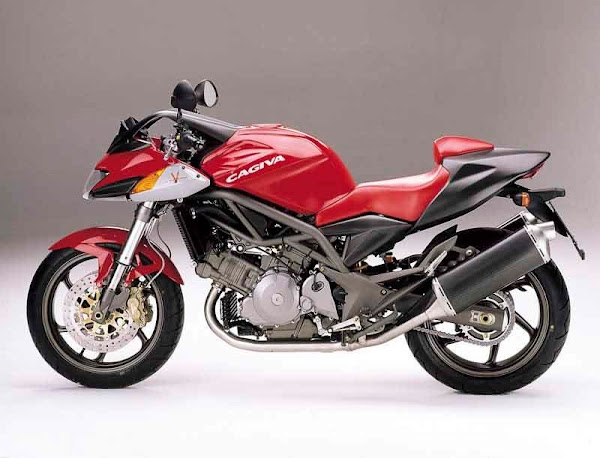 The V-Raptor was a benchmark bike for Cagiva. It is fair to say that the Cagiva name does not have quite the same cachet as, say, Ducati or MV Agusta. But – back in the day – Cagiva owned both. And, add Aermacchi Harley-Davidson to the list, too. Indeed, it was in the latter\’s old factory – in Varese, Italy – that Cagiva\’s wheels were set in motion. Claudio and Gianfranco Castiglioni were its founding fathers. The V-Raptor, then, signalled a return to form for the firm.

The V-Raptor was designed by Miguel Galluzzi. Previously, he had penned the Ducati Monster. A 996cc V-twin engine was \’borrowed\’ from Suzuki\’s TL1000S. It was duly dropped into Galluzzi\’s creation. The result was a good-looking bike – with a top speed of 150mph. Especially striking, from a styling perspective, was the bike\’s raptor-like fairing. Galluzzi could not have bettered its resemblance to a bird of prey\’s beak!

Relatively small manufacturer that it was, Cagiva made a big impact on Nineties bike racing. Certainly, it was far from afraid to square up to Japan\’s \’big four\’ teams. In \’92 and \’93, Cagiva were winning blue-riband races. American rider John Kocinski, for example, won his home GP on a Cagiva. At one point – in \’94 – the team led the World Championship standings. Mighty impressive, given the opposition. Sadly, the same year saw them retire from racing. Financial gremlins lobbed an impeccably clean spanner in the works. In road-going form, though, Cagiva motorcycles continued to impress. The V-Raptor, in particular, was given a rapturous thumbs-up by bikers worldwide!