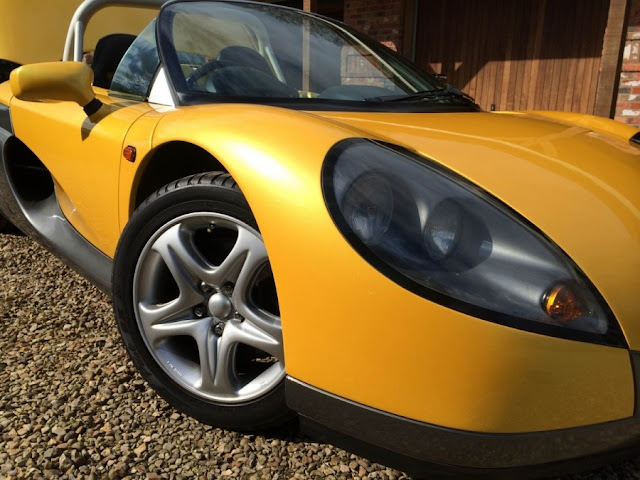 The Renault Sport Spider came fully-focused. It was built with just two objectives – to go like stink in a straight line and through corners with a minimum of fuss. Both of these goals it achieved. Top speed was 134mph. Roll was near to non-existent. In weight terms, just 1,740lb tried to rein in the Spider\’s free-revving spirit. It did not stand a chance. Four cylinders were all that were needed to overpower it. Output was 150bhp. The Spider was equally unburdened by the weight of expectation. Renault never intended that it sell by the shedload. Rather, it was an exercise in performance and aesthetics – specifically, the trade-off between the two. Hopelessly impractical, there was no way the Spider was ever going to cash in on a mass audience. On that basis, Renault Sport\’s design team swung into action. Patrick Le Quément led the way. With the creative dust settled, stylish minimalism had reached a new level. No roof, no windscreen, no side-windows. Exposure as an art form, so to speak. To be fair, there was a wind-deflector … and a roll-bar!

It was a gimme that the Spider would take to the track. Renault Sport set up a one-make race series for it. Compared to the roadsters, competition cars were boosted – to the tune of 25bhp. Renault Sport Spider racing was fast and frenetic – to say the least. Many a top driver took part. Motorsport fans loved it – and turned out in droves. Renault\’s top brass were ecstatic. The number of Spiders exiting their Dieppe Alpine facility was small. The buzz they were creating, though, was anything but!

The Sport Spider\’s chassis was aluminium. That meant not only light weight – but high rigidity. It was supported by rose-jointed double wishbone suspension. Outsize vented disc brakes were borrowed from the Renault Alpine A610. The Renault Clio Williams supplied the Spider\’s two-litre engine. 62mph arrived in 6.9s. So, the Renault Sport Spider provided you with the quintessential driving experience – and not a lot else. Though a later model did sport a windscreen and wiper. Oh, the decadence!