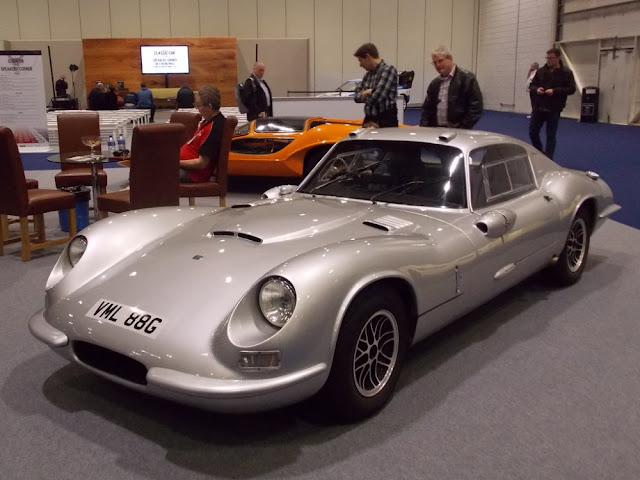 Frank Costin – creator of the Amigo – was an automotive pioneer. That said, he learned a lot of what he knew from the aircraft industry. He had been a top aeronautical engineer in his time. In the Fifties, Costin shifted his skill-set to motor racing. Lotus and Vanwall benefitted directly. Indirectly, the ripples of his expertise spread far wider. When Frank Costin met Jem Marsh, they founded sports car maker MarCos. The marque had a unique take on English eccentricity. That was fully in keeping with Costin\’s character. An out and out maverick, he did things his way. That certainly extended to his cars\’ construction. Costin liked wood. The chassis in Marcos\’ first sports cars were made from laminated marine plywood.

In time, Marcos moved to more orthodox chassis. That was probably partly as a result of Marsh\’s input. Costin, though, was still a believer. He sought backing to build a car of his own. Enter the Costin Amigo! Its monocoque frame was forged from, yes, plywood – albeit with strengthening pine strips bonded on. The chassis\’ light weight was echoed by a glassfibre body. The latter was sublimely smooth – both of shape and finish. Visually and aerodynamically, it cut straight to the chase.

The Amigo\’s engine, drive-train and suspension were sourced from the Vauxhall VX4/90. Indeed, the Amigo was built close by Vauxhall\’s Luton HQ. Fittingly – given Costin\’s former employment – it was at an airfield. And the Amigo\’s performance was jet-plane impressive. Top speed was 137mph. Handling was high-calibre. Design-wise, only the spartan interior let the side down a tad. It certainly contributed to the Amigo\’s woefully low sales. A scant eight units were shifted. To be fair to the Amigo, had Frank Costin been more of a marketing man, it might have helped. To be fair to Frank Costin – engineering was all he knew. Anyway – the Costin Amigo story was richer than that of many cars that sold a thousand times more. Not that the bank manager would have seen it that way!