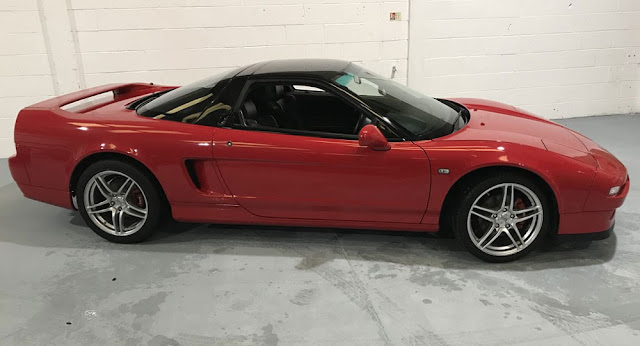 For a car maker seeking feedback in the late Eighties, Ayrton Senna was probably first on your wish list! In \’89 – with the NSX in the pipeline – that was the enviable position in which Honda found itself. As luck would have it, Senna was in Japan, at the time. Honda wondered whether he would like to take the NSX prototype for a spin? What could the world\’s finest F1 driver do, but accept! On returning the NSX to its technicians, Senna declared it impressive – but delicate. That could be remedied. In short order, Honda had made the car half as strong again.

A new NSX bagged you £5 change from £60K – which you, of course, used to tip Ayrton Senna! As supercars go, sixty grand was cheap. Assuming you considered the NSX a supercar, of course. Not everyone did – among them, some with pronounced European tastes. But – if you could stand a few withering looks from more \’discerning\’ drivers – the NSX gave you plenty of sports car bang for your bucks. Or indeed, yen. For a start, a top speed of 168mph was not to be sniffed at. It came courtesy of Honda\’s VTEC V6. Said engine was fixed to the first all-aluminium chassis and suspension set-up installed in a production car. The result was fast acceleration – plus, firm but finely-tuned handling. Especially when Honda\’s Servotronic steering system was added to the mix.

The design of the NSX was inspired by the F16 fighter plane. Good aerodynamics, then, were a gimme! With so much going for it, it is no surprise Honda held a special place in its heart for the NSX. Only their best engineers were allowed anywhere near it. Okay – so Honda did not have quite the cachet of supercars\’ past masters. That said, the NSX still had plenty to offer less picky connoisseurs … particularly ones who liked a bargain!