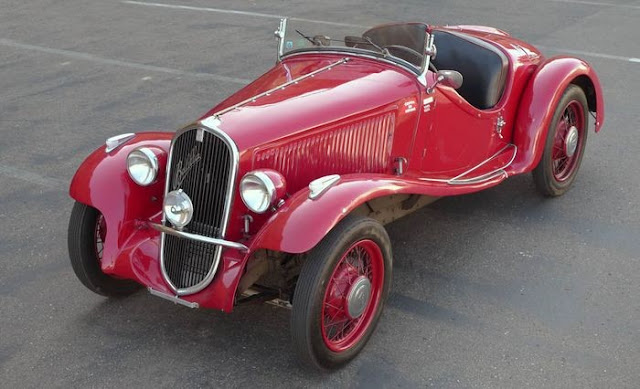 In commercial terms, at least, the Fiat 508S Balilla Sport had much in common with the VW Beetle. As with the Volkswagen – or, people\’s car – the Balilla was designed to be transport for the masses. Saying that, it was coachbuilt in Turin, Italy – at Fiat HQ. So, it went without saying that it was pleasing on the eye.

Gianni Agnelli was head of Fiat. Unsurprisingly, his core objective for the Balilla range was that it sell well. Agnelli was, after all, one of the wealthiest Italians who has ever lived. In line with his strategy, the Balilla was competitively-priced. 10,800 lire, to be precise. The first model\’s unique selling point was that it had three gears. And – with hydraulic braking also part of the package – it did indeed fly out of the showrooms. In its five-year run, 114,000 Balillas were sold. That smashed Italian automotive sales records. And it was not just Italy that caught the Balilla bug. Other parts of Europe also succumbed. Production lines started in the UK, France and Poland. Indeed, the French firm Simca was founded to flog the new Fiat.

The style-laden Balilla 508 was released in \’34. And the 508S Sport had speed, too, on its side. Its four-cylinder engine made 36bhp – at 4,400rpm. Top speed from the 995cc side-valve set-up was 110km/h. More than enough to sweep a young lady off her feet! So long as you did not forget your petrol money. The Balilla Sport drank around 9.5 litres/100km. For Fiat, then – and Gianni Agnelli – it was mission accomplished. The 508 series did more than make its mark – it became the stuff of legend. In the Thirties, the 508S Balilla Sport was mass marketing big business. Like the team behind the VW Beetle, Fiat got its sales sums spot-on!