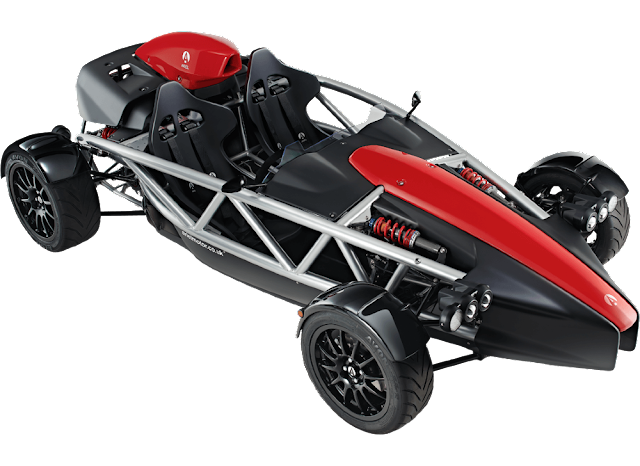 In a way, the Ariel Atom was as close as a roadster gets to an F1 car. The lack of headlamps was a dead giveaway! There was not enough frontal area for such fripperies. Anyway, the Atom would be wasted at night. Far better to spend the running costs blitzing daylit open roads. Not that those costs would be too exorbitant. The Atom could definitely have been filed under \’pared-down\’. It was first glimpsed at Birmingham\’s British International Motor Show – in October, \’96. Production began in 2000. Eight iterations of the Atom have subsequently been released. Enthusiasts are counting on more!

Simplicity was the Atom\’s watchword. Tightly focused simplicity, that is. Just as an atomic particle is a pretty miniscule piece of kit, so Ariel\’s automotive take went right back to bare-bones basics. Its weight said it all. Even by stripped-down supercar standards, 1,005lb was light. And it was not just the dearth of standard headlights. The Atom\’s \’cabin\’ was minimal, to say the least. Composite bucket seats were about it! Strapped into 4-point race harnesses, though, the two occupants were not going anywhere – except through high-speed bends. With suspension modelled on single-seater race cars – and tuned by Lotus – cornering was always going to be a gimme.

There are, of course, limits to the Atom/F1 car comparison. It is true to say that a top speed of 150mph might be less than competitive down today\’s straights. That was, though, from a 4-cylinder 2-litre engine – the i-VTEC – borrowed from the Japanese market Honda Civic Type R. Likewise, the original 220bhp may be considered down on power for a contemporary Formula One grid. That would, however, be increased to 245bhp with the Atom 2. And 350bhp was available from the supercharged Atom 3.5R. So, with adroit use of the 6-speed \’box – also sourced from the Civic Type R – scaled-down GP driving was clearly on the cards. To be fair, Ariel Motor Company – based in Crewkerne, Somerset – comprised just seven staffers. The proverbial whip was cracked by boss Simon Saunders. In the past, he had worked at Aston-Martin and GM. Styling was by Niki Smart. At the time, he was studying transport design at Coventry University. British Steel and TWR were among the sponsors of the student-led project. Asking price for the Ariel Atom was £26,000. Not half bad – especially for owners with vivid imaginations. For, it would not be too far-fetched – on a sunny day, at a twisty track – to feel yourself capable of similar feats to drivers of, say, your average F1 car. Up and Atom!