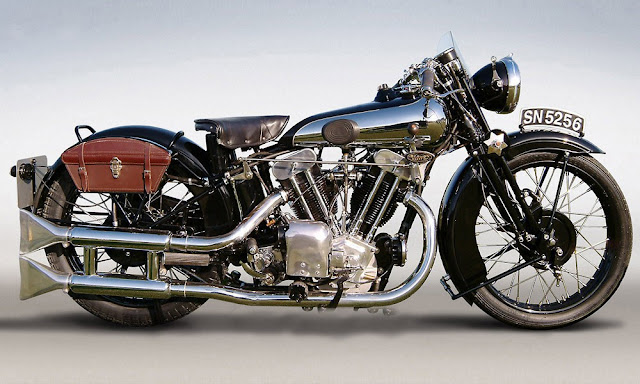 When it came to his best-known brand of motorcycle, George Brough did not beat about the bush. \’Superior\’ said it all – and very succinctly. And, to be fair, it was just that – as compared with many of its two-wheeled rivals. Saying that, Brough – and his small team of Nottingham-based engineers – were responsible only for the frame. The engine and cycle parts were outsourced. Initially, JAP – and later Matchless – provided the power. All the parts, though, still had to be coaxed to work as one. Brough and the boys clearly made a good job of it – since the SS100 was widely considered to be the best bike in the world at the time. The Superior range as a whole was produced from 1919 to 1940.

George Brough was among a group of riders, who, time and again, proved the Superior\’s worth. Both at circuits – and in land speed record attempts – the bike was a regular sight, in the \’20s and \’30s. As usual, racing \’improved the breed\’. Tweaks at the track trickled down into mainstream SS100 production.

TE Lawrence – better known as \’Lawrence of Arabia\’ – was in love with Brough Superiors. He owned a succession of them … all topped off with his trademark stainless steel tank. Sadly, he was to be fatally injured, whilst riding one of them. Of course, his best-known mode of transport was the cantankerous camel. But, for many, no \’ship of the desert\’ could ever match a Brough Superior SS100 steaming along at full chat!