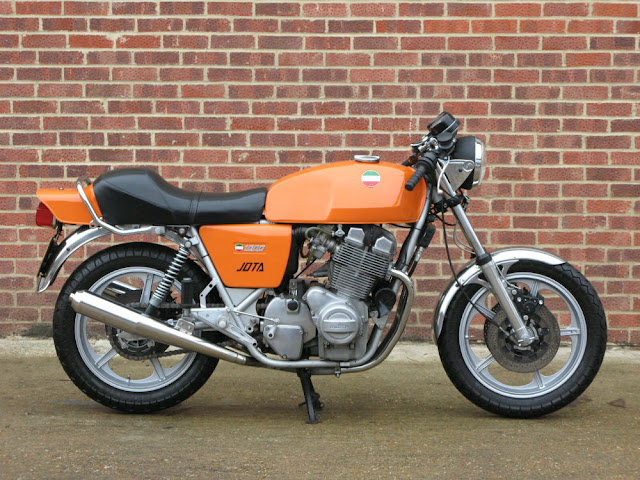 The Laverda Jota was a stalwart of the Seventies superbikes. It combined impressive performance with Italian styling. In \’76, the Jota\’s top speed stat of 140mph was admirable. Particularly, given that it was sourced from just three wallet-hugging cylinders!

Yet – for all its virtues – the bike might never have been launched. Prior to the Jota, Laverda had knocked out a few frankly average motorcycles. Average, but affordable. At the same time, a wave of cheap cars – like the Fiat 500 – rolled into showrooms. Non-bikers – especially, those with families – tended to plump for four wheels. As a result, Laverda came close to going out of business. In the nick of time, the management changed tack. They gave the green light to the two-wheeled exotica for which the firm is now renowned. Classic bike aficionados will forever be in their debt.

But, the bike\’s British importer also deserves credit. It was they who suggested to Laverda\’s top brass that the latter pack more power into what was already a perfectly pukka motor. Thank goodness, the marque\’s managers rose to the challenge. Laverda lovers have not stopped dancing since! Now, they had an engine which did justice to the Jota\’s impeccably-drawn lines.