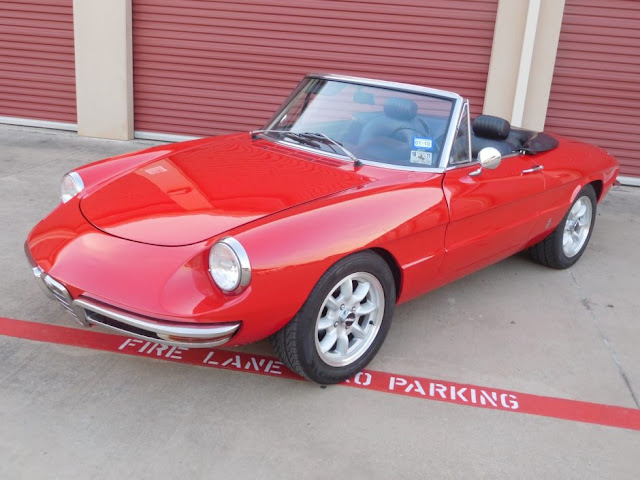 Few marques can compete with Alfa Romeo for sheer romance. And few Alfas more so than the Spider. Pour exquisite styling into the cultural cool mix – and superlatives start to become redundant. The Spider\’s sculpted \’boat-tail\’ rear end, for instance, could only have originated in Turin. The great Italian city is home to the Pininfarina design house. That firm\’s legendary coachbuilding skills were key to the Spider\’s appeal.

The Spider was dubbed the \’Duetto\’. That was in homage to the spec of its twin-cam engine. And, the Spider was graced with a snug two-seater cockpit, into the bargain.

When a 1600 Duetto hit Hollywood, the Spider\’s celebrity status was assured. It co-starred with Dustin Hoffman – in the \’67 film, The Graduate. The Spider had made its automotive début a year before – at the Geneva Show. On its release, it went on to perform well in the showrooms, too. While pricy, the Spider\’s combination of refinement and practicality still made it good value for money. The Alfa Romeo Spider, then, weaved an attractive web. Many a driver was willing to dash headlong into its exotic allure!