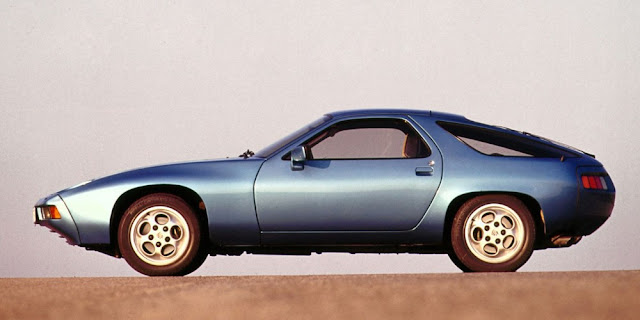 The Porsche 928 was the first front-engined car the firm produced. Up to that point, Porsche motors had been rear-mounted. The exception to that rule was the 924 – though that was almost as much Audi as Porsche. In the Seventies, the 928 was sold as a supercar. Indeed, Porsche were banking on it being the new 911. That was not to be. 911 fans stuck stoicly to what they loved. Porsche took the hint. They started targeting the 928 solely at the GT market.

Styling-wise, the 928 was on seriously solid ground. Its profile, in particular, was pure coupé. The interior, too, was more than impressive. Its most striking feature was the fascia – which visually echoed the steering-wheel. It was a cosseting cabin, in every respect. On top of that, the 928\’s ride and handling were never less than reassuring. Over time, there would be S4, GT and GTS versions of the car. Each of them ushered in incremental improvements. The 928, then, was a significant addition to the Porsche roster. Even if, for some, it would never be in the same league as the 911. Saying that, nor would any other car!