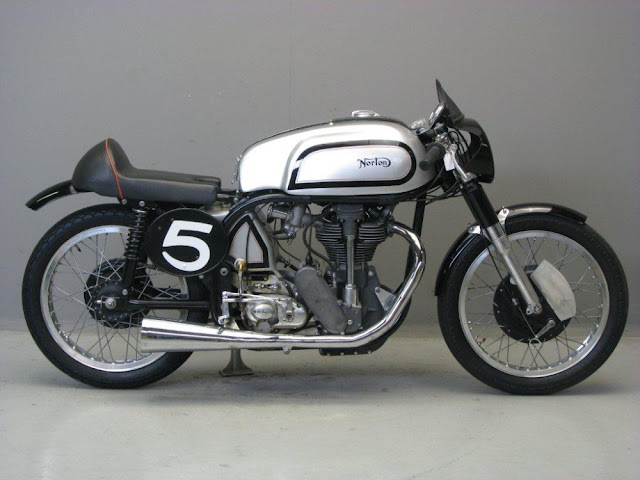 The Manx Norton has a proud heritage. Throughout the \’30s, Norton were nigh on invincible at the Isle of Man TT. Their top-selling roadster at the time was the International. It was the production racer based on this bike that was first to sport the legendary \’Manx\’ badge. However, it was not until 1950 that the most memorable Manx Norton of all arrived on \’the island\’. So flexible was its frame that one of Norton\’s race aces said it was like riding a feather bed! From then on, it was known as the \’Featherbed Manx\’.

But a great bike still needs a great rider. And riders do not come any greater than Geoff Duke. Clearly a perfect fit for the Featherbed, in \’51 Duke took both the 500 and 350cc World Championships. Supreme sportsman that he was, Duke would have been first to acknowledge the part played by Irishmen Rex and Cromie McCandless. They were the top-flight engineers who designed the Featherbed frame.

Today, it seems inconceivable that a bike as successful as the Manx could have been a single-pot \’thumper\’. Air-cooled, four valves, 54 bhp. Indeed, it would be the first four-cylinder forays at the TT – by Gilera and MV Agusta – which finally signalled the end of Manx indomitability. Thankfully, though, those booming single-cylinder sounds – exiting megaphone exhausts – can still be heard at classic race meets. As the majestic Manx Norton swoops into sight – on its way to completing yet another lap. Basso profundo, basically!