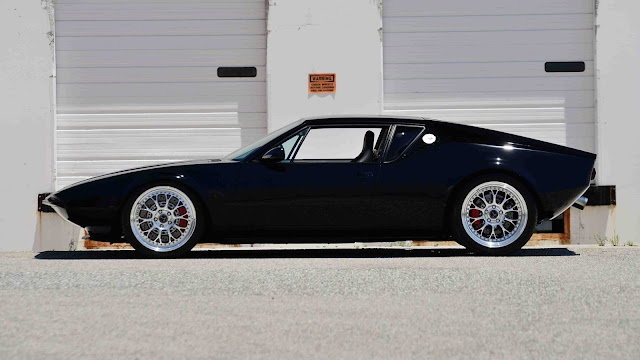 Elvis Presley shot his De Tomaso Pantera – when it would not start! \’Pantera\’ is Italian for panther. To be fair to Presley, he was far from the only owner to lose patience with the car. The Pantera did have a bit of a \’rep\’. Build quality – or the lack of it – was a topic which came up a lot. Mainly, in terms of rust and overheating. Then again, 10,000 Panteras were built. They must have had their good points, surely?

Ghia is one of the most illustrious names in coachbuilding. The firm was owned by Alejandro De Tomaso. He was an Argentinian business magnate, who had moved to Italy – home to the design icon. So revered was Ghia that Ford of North America sought to acquire it. De Tomaso did a deal with them. He sold them the rights to Ghia – in return for their distribution of the new Pantera. Ford, of course, had a huge US dealership network. Fittingly, the Pantera was powered by a 5.8-litre Ford V8. The automotive giant signed up to the deal. Not the wisest move, as it turned out. At first, things looked good. In short order, Ford shifted 4,000 units. But then the rot set in. Literally, in some cases! Before long, the Pantera became a liability. Ford were snowed under by customer complaints. By \’74, they had had enough. Time was called on any more imports.

But – as indicated by the number of cars made – it was not all bad. The Pantera\’s top speed, for example, was a more than acceptable 160mph. Handling was excellent – in part on account of its mid-mounted engine. And should anything go wrong with that engine, breakers\’ yards were full of Ford V8s. As for the car\’s styling – it was certainly striking! De Tomaso was a maverick. Before the Pantera, he had overseen the Vallelunga and Mangusta. They, too, were one-of-a-kind cars. Later in his career, De Tomaso took over the reins at Maserati and Innocenti. The Pantera stayed in production for 25 years. That suggests that – for all its flaws – the De Tomaso Pantera had a good side. As for Elvis taking a potshot at his … he was probably just having a bad day!