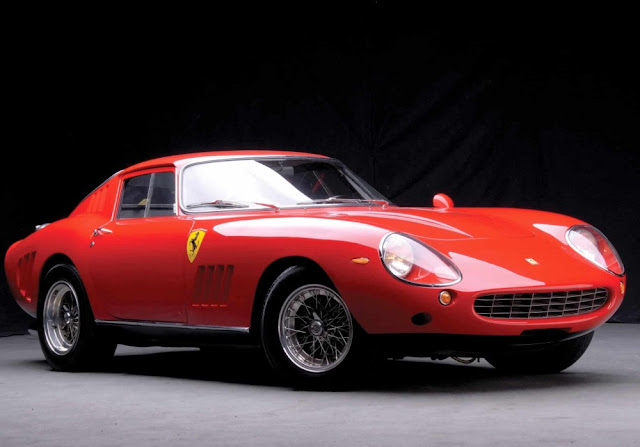 The Ferrari 275 GTB was not just beautiful to behold. It hit the technological sweet spot, too. Superlative suspension, for example, was brought to the Ferrari party – in a way not previously seen or felt. The result was a car which looked like $1m – and had handling to match. And, for once, the Ferrari engine – an alloy 60° V12 – was not the centre of attention. It was trumped by the transmission. For optimal weight distribution – and top traction – motor and gearbox were separate entities. The two were joined at the hip, on early models – by a slender prop shaft. Later, a stiffer torque tube did the job. Double-wishbone rear shock absorption had now been added to the mix. The 275 GTB was thus uniquely positioned to make the most of its 280bhp output. That came courtesy of a single-overhead-cam engine. 150mph was on tap.

Technical excellence was topped only by styling. Pininfarina did the design work. The steel body was coachbuilt by Scaglietti. They were based but a stone\’s throw from Ferrari HQ. That was in Modena – a town with near-mythical status among the marque\’s fans. Scaglietti fitted a multi-tubular frame – in familiar Ferrari fashion. The Borrani wire wheels sported a set of \’knock off\’ spinner centre hubs. A sporty 2-seater coupé, the GTB\’s exterior was pure Berlinetta. The interior did not disappoint, either. Its finely-crafted focal point was the wooden Nardi steering-wheel.

Launched in \’64, there would be several versions of the GTB. \’65\’s Series Two sported a longer nose and smaller air-intake. For \’66, the quad-cam GTB/4 came with six carburettors – as well as dry-sump lubrication. The wind-in-your-hair model – the GTS – was aimed squarely at America. Just 200 GTBs were made. The GTB marked the point at which Ferrari began transcending mere beauty – to deliver on every level. Of course, the perfect Sixties roadster does not exist. The Ferrari 275 GTB, though, probably came as close as any!