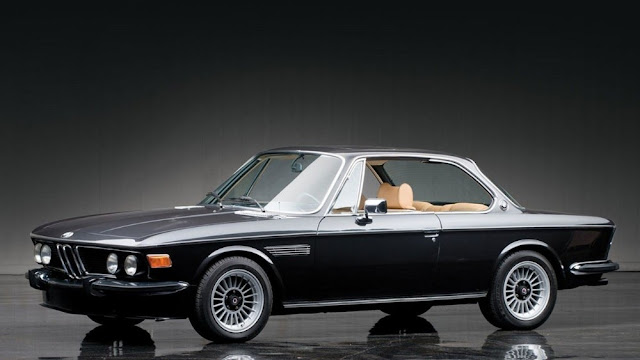 The \’L\’ in BMW 3.0 CSL stood for Lightweight. It was a vital attribute. After all, the CSL was built to homologate BMW\’s 6-cylinder coupé – for European Touring Car Group 2 racing. To that end, the list of the CSL\’s super-light parts was a long one. There were skinny body panels, a fibreglass back bumper, and racing latches on the bonnet. In addition, the CSL had Plexiglas side-windows, and alloy-skinned opening panels. Interior trim, too, was grist to the weight-losing mill. In all, 400lb was shaved off the base model. Top speed for the super-svelte CSL was 135mph. Acceleration had sky-rocketed.

Up until \’72, CSLs were left-hand drive. But, that year saw a right-hand drive option released in the UK. Described as the \’RHD City package\’, the car had performance and comfort in abundance. For this model, BMW restored most of the weight-saving features they had so painstakingly removed. Some British buyers still managed to find fault. They found the Scheel bucket seats difficult to get into. And the light alloy panels – still part of the bodywork – were too prone to accident damage, they said. Nor was the CSL\’s price tag to every Brit\’s taste. Both an Aston Martin and Jensen set them back less. To be fair, only 1,095 cars were sold globally. Ultimately, though, the BMW 3.0 CSL was an \’homologation special\’. Certainly, the CSL racing coupés went on to be a roaring success!