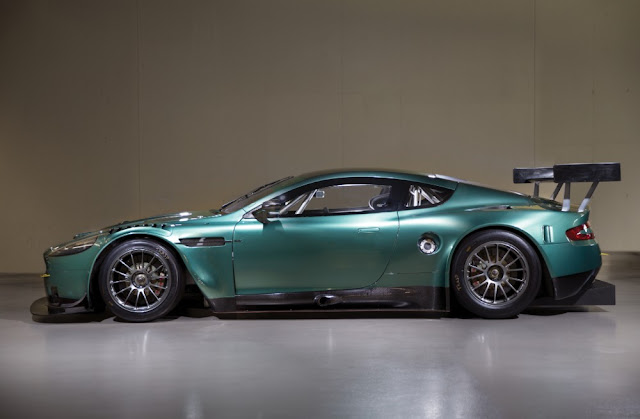 Hitting the grid in \’05, Aston Martin\’s DBR9 was the racing version of their DB9 roadster. Saying that, 20 DBR9s were sold privately. So, technically, it was a race/road hybrid. Though, whether you should do the shopping in a car that won the GT1 Sebring 12 Hours race, is a moot point. To be fair, it would get done very quickly – leaving you with more time to do good deeds for the rest of the day!

It is not hard to see why the DBR9 won at Sebring – a racetrack in Florida, USA. The fact that its engine churned out 600bhp had a lot to do with it. The power was fed through a 6-speed sequential gearbox – conveniently located on the rear axle. Cutting edge carbon brakes were duly installed – and not as an afterthought!

Light weight was key to the DBR9\’s success. Just 2,425lbs needed to keep contact with the tarmac. Contrast that with the DB9 road-going equivalent – which weighed in at a comparatively lardy 3,770lb. Much of the reduction was down to the competition car\’s body panels – fashioned from carbon-fibre composite. Aston Martin Racing designed the panels – with top-flight aerodynamics in mind. An aluminium chassis also shed weight. Aptly, the DBR9\’s Sebring win was on its first outing. For spectators of a certain age, it conjured up memories of Le Mans, \’59. That was the scene of another famous victory for the great British brand. So, Aston Martin race fans had been patient a long time. But they say great things come to those who wait. Those words were never so true as in the streamlined form of the DBR9!