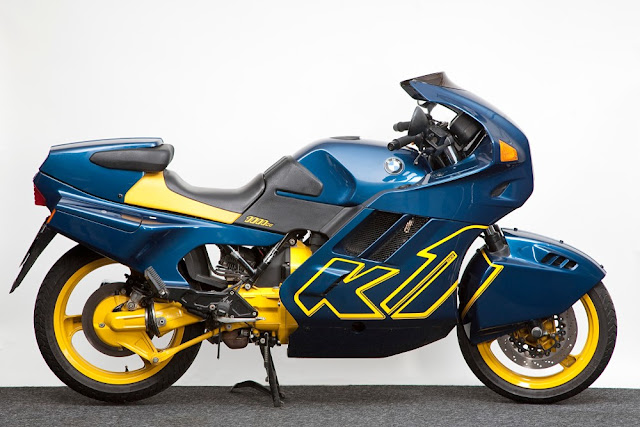 Back in the day, BMW bikes were borderline staid. That all changed with the K1. Design-led flair and panache were dripping off it. The K1 looked the absolute business – and BMW did plenty of it, as a result!

In engineering terms, the K1 was straight out of the top drawer. That said, BMW know no other way! Suspension was set up per the Paralever system – specially formulated for shaft-drive power trains. The K-series engine featured four horizontally-opposed cylinders – the flat layout having been a BMW trademark since the year dot. This time around, though, it was fuel-injected. Cue 100bhp. And a top speed of 145mph.

The K1 was stylistically stunning. Paint and bodywork blended into a cool mélange. \’Cool\’ was not a word which had been over-associated with BMW, in the past … at least, not so far as motorcycles were concerned. The K1, though, was a visual harbinger of \’Beemers\’ to come. Indeed, BMW would go on to produce some of the best-looking bikes on the planet. And, of course, it went without saying, they also exuded a touch of Teutonic class!