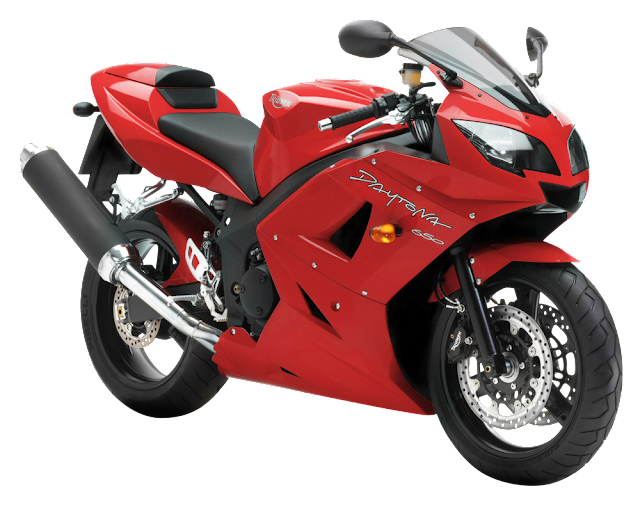 When you name a bike after one of the world\’s greatest racetracks, it had better be good. If not, you risk a copious amount of egg on your face! No worries for Triumph, though, in that department. The Daytona 650 had a top speed of 160mph. And weighed in at just 363lb dry. Either in a straight line or through corners, then, performance was never going to be an issue.

For all that, the Daytona\’s in-line four engine made a modest 110bhp. The power was unleashed, though, with blistering efficiency. Revs peaked at 12,750rpm – courtesy of 16 watercooled valves. Anyway, a wise man knows not to equate strength with size. The Daytona 600 was not as big as some of its superbike rivals – but it packed a potent punch, notwithstanding!

Looks-wise, the Daytona was drop-dead dynamic. Taking in every twist and turn of its bodywork took time. What could have been a jumbled mess was, instead, an intricate interplay of curves and scallops. There is a 3-D depth to the Daytona\’s design. So, superior styling – plus tip-top technology – made Triumph\’s Daytona 650 a track day dream come true!