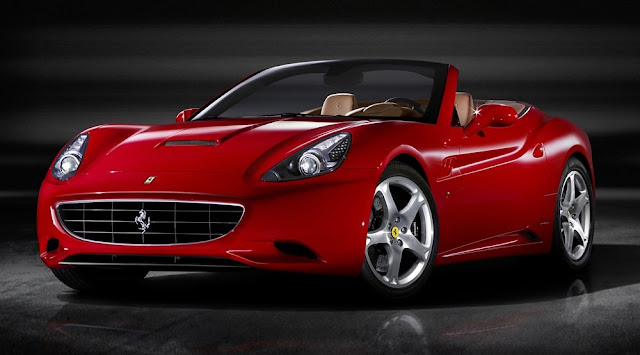 The Ferrari 250 California – released in \’57 – was one of the most iconic cars ever created. A tad over half a century later, came another California. Designed by Pininfarina, seamless aerodynamics were key to the new car\’s styling. And the 2008 California was light. Both chassis and body were aluminium.

The F1-style steering-wheel featured Manettino dials. They modulated the gearbox, suspension and traction-control settings. The latter came in the form of the F1-Trac set-up. Should those systems\’ limits still be exceeded, an automatic roll bar was deployed. As well as front and side airbags. The California could be set to Comfort or Sport mode, too. At track-days, however – or, indeed, at any other time – the safety controls could be switched off. Apart from ABS braking, that is.

Ferrari\’s 4,300cc V8 engine made 460bhp. That catapulted the California to 193mph. Torque was on tap from way down low. The 7-speed semi-automatic transmission saw to that. Unlike some supercars, the California\’s cabin was roomy and comfortable. There was a retractable top. And plenty of luggage-space was provided. So, the Ferrari California was built for speed. To that extent, it echoed its fabled 250 predecessor. But – in common with that design classic – it was kitted out for cruising, too, if required.